The rising number of consumers pursuing a balanced lifestyle has created a seismic shift in the wellness space, spawning new categories of health and fitness-based products and services—and an array of live experiences to promote them. To differentiate itself from its competitors based on the ingredients in its sugar-free drinks, which include electrolytes, coenzyme Q10, branched-chain amino acids and natural caffeine, Reign, a “better for you” energy drink in the Monster Energy family, went all in with sampling, sponsorships and activations to help it reign supreme over the performance beverage category. And with 22 sampling markets and a slate of live events on its 2020 agenda (before the pandemic hit), the brand is well on its way (Switch, St. Louis, handles).

Here, we go inside the launch of Reign Total Body Fuel, which kicked off just over one year ago, and how each of the event-based steps has helped the brand up-level engagement with its “weekend warrior” target. 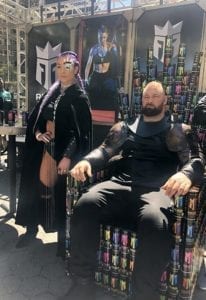 Reign’s beverages are geared toward consumers ages 20 to 35 who are probably not professional bodybuilders, but enjoy a good workout.

With this target in mind, Reign signed on as presenting sponsor of the Arnold Strongman Classic strength competition in Columbus, OH, where it officially launched its brand last March. The event strategy included sponsoring a competitor, Hafþór Björnsson, (best known as the “Mountain” from “Game of Thrones”) who could be seen drinking Reign products during the event, and ultimately won the competition. Björnsson continues to serve as one of Reign’s biggest brand ambassadors—pun intended.

Reign followed up its Strongman sponsorship with an activation in New York City on April 18, accompanied by Björnsson and former WWE Diva Natalie Eva Marie, another key brand ambassador. At the time, the first episode of the final season of “Game of Thrones” had just aired and consumers around the globe had full-blown “GoT” fever. Reign leveraged the pop culture phenomenon and its namesake to deliver a sampling event where it encouraged New Yorkers to #RuleTheDay by tossing on a helmet that matched its logo, and taking a seat on a branded version of the Iron Throne comprised entirely of (replica) Reign cans. 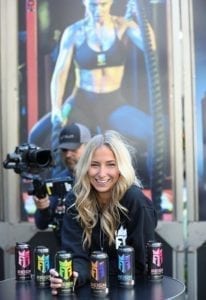 Capturing content for its social channels and working with influencers was an important component of the brand’s sampling strategy.

Reign’s launch strategy was all about getting “cans in hands,” so in addition to the “Game of Thrones” event, the brand set out on a 10-market sampling tour in April that included gym samplings, fitness events and beyond. Shortly afterward, consumer demand turned it into a 16-market tour (and ultimately, an 18-market tour), with cities selected based on the popularity of energy drinks in those areas.

“As we launched the new brand, we wanted our own look and feel [as opposed to Monster’s branding], and our own team out there,” says Braden Williams, product manager at Reign Total Body Fuel. “We started off with the biggest markets where energy drinks are sold… Then midway through the year, we kind of beefed up in California because it’s in our backyard. That’s where we’re from. We want to be known as the biggest energy drink in California.”

Anchoring each sampling event was a branded F150 pickup truck featuring a custom attachment on the roof, and a “hitch chin” bar built for dips and chin-ups that was connected to the truck’s hitch. Standing graphic coolers, a branded tent, temporary tattoos and Reign’s version of the Iron Throne were also part of each event, but it was those complimentary 16-ounce cans that the brand wanted to place front and center within each activation.

And, in the age of “digital + live,” capturing content for its social channels and working with influencers was another important, and effective, component of the brand’s sampling strategy.

By the fall, Reign was making waves with its 30-foot by 40-foot trade show booth, which, in September, earned best booth at the Olympia Fitness & Performance Expo in Las Vegas. Naturally, the booth features a 20-foot sampling bar with an LED screen, in addition to setups for fitness challenges, neon lighting and a dj booth perched 20 feet in the air.

Athlete appearances are also often part of the mix. The booth has been featured at several fitness and health expos over the past year, and with a few tweaks (like fog cannons) will be traveling the expo circuit in 2020, as well. (Fun fact: A different booth with a brick castle aesthetic was leveraged at Walmart’s Holiday Season Manager’s Meeting in September to introduce employees to Reign’s products, which are available in most Walmart stores.)

“We wanted to think of something big and bold and eye-catching,” says Williams. “We sat down for about eight hours one day, literally drew it on a whiteboard, and came up with an idea for [booth] activation… It’s a really tough booth to set up but it’s definitely worth it at the end. Every event I’ve been to, people are like: ‘This is the coolest booth I’ve ever seen.’”

Sponsorships were another key part of Reign’s launch strategy. Last August, the brand served as a sponsor of the Reebok CrossFit Games, while a partnership with Night Nation Run afforded the brand a long-term sponsorship platform. Billed as the world’s first running music festival, Night Nation Run is a nationwide tour that activates in multiple cities, and Reign sponsors the entire season. A more expansive crop of fitness sponsorships is on Reign’s schedule for 2020. 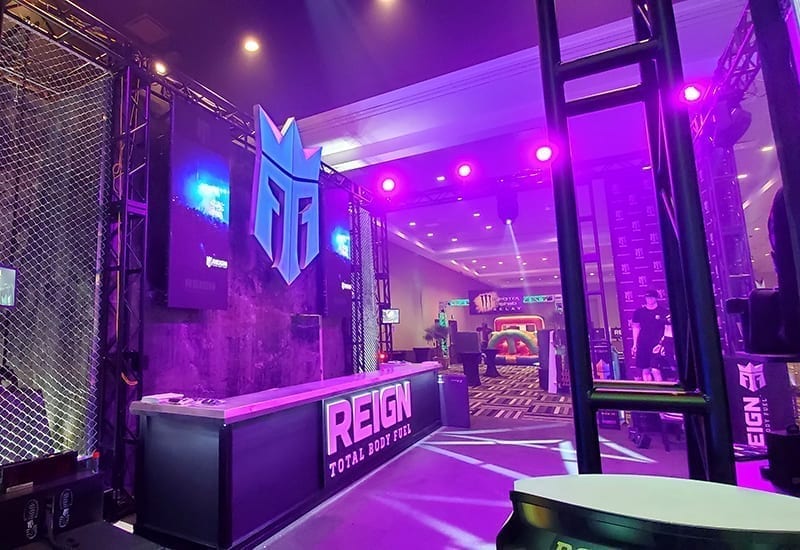 Weekend warriors are Reign’s primary target, but engaging members of the first responder community is also crucial for the brand. Reign drops off complimentary product for first responders in each of its sampling markets on a weekly basis. To boot, for First Responders Day on Oct. 28, the brand created an entire campaign around the newly-launched holiday, including sampling experiences and branded swag.

“We did a big launch where we had all our sampling teams just use the whole day to go to the fire stations, police stations, hospitals, and help out the workers,” says Williams. “Reign is right up their alley. The first responders seem to love it. It gives them some energy and it’s healthy, and they’re all about that lifestyle.”

Since launching last spring, Reign has “taken off,” according to Williams, earning accolades and making a name for itself outside of the Monster brand. And much of that success can be attributed to Reign’s experiential efforts.

“Being title sponsor of these expos, coming in and showing that we are running the expo, has helped a ton,” says Williams. “It shows that we’re not messing around. We’re out here to stay and we’re professional about it. And not only going to the events, but being title sponsor, has really helped out… It has helped us in the industry, showing that compared to our competitors, we’re professional, and it’s actually a drink that helps you. And it has put Reign at the top of the [performance beverage] industry.” 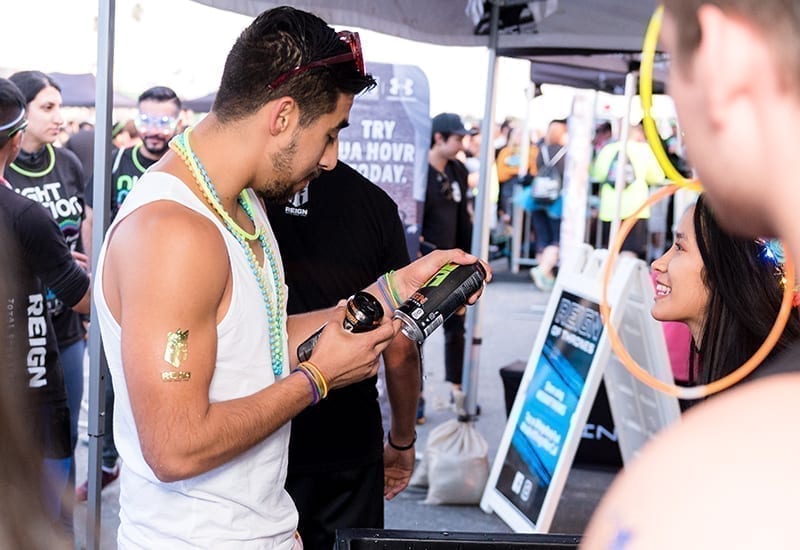 Between sampling, sponsorship and social, Reign’s launch strategy was one for the books.